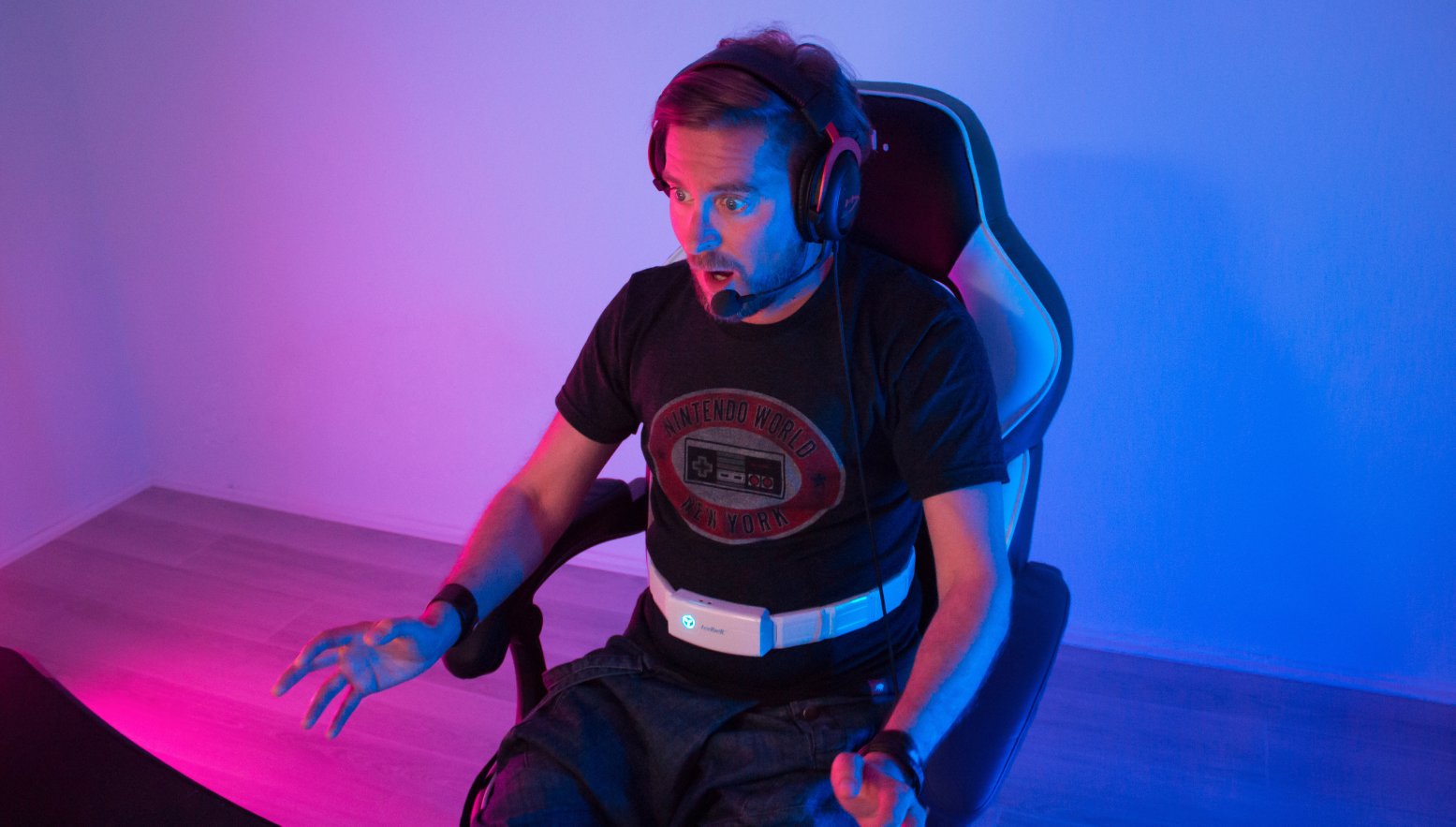 Nowadays, gaming is a highly competitive market. It has become increasingly online-based and, due to the various innovations of the last few years, much more interactive. Around the world, there are hundreds of gaming competitions being organized each year – with a raising trend due to its growing popularity, particularly in the PC and console games sector. Brand new gaming accessories such as VR-glasses, gaming-chairs and professional headsets which shield ambient sound are becoming increasingly popular and are constantly being developed and reinvented.

Probably the most exciting innovation in the field of gaming gadgets integrates haptic feedback. And this is where our Feelbelt comes into play.

No matter if First Person-Shooter (FPS), Real-Time-Strategy (RTS) or Multiplayer Online Battle Arena (MOBA) – the addition of Feelbelt in gaming, along with VR, opens up a completely new virtual world to its users and promises more fun and entertainment.

The Feelbelt enables its users to feel sound via haptic feedback and adds a new, captivating dimension to the modern gaming experience. Since an additional sensory organ now perceives the game, gamers experience their games even more emotionally and much more realistically than before.

Our Feelbelt can be connected to any audio source via Bluetooth, Wi-Fi or a 3,5mm jack cable. All popular consoles like Xbox One, Play Station 4 or Nintendo Switch as well as gaming PC’s are compatible with the Feelbelt.

The haptic feedback, integrated in various gaming gadgets, is not a completely new invention of the Feelbelt-Team!

Sony also recently developed the DualSense controller for the next generation of the Playstation and enables a new experience of racing games and shooters through haptic feedback.

Our Feelbelt is based on similar processes. It generates haptic feedback directly on the skin via ten impulse generators, synchronously to each sound frequency between 1-20,000Hz – with the aim of taking the emotional effect of gaming to a new level.

Gamers invest a lot of time and money in the right equipment, for example special headsets, microphones, gaming-chairs, keyboards, mice, and simulation accessories. The revolutionary invention of Feelbelt is the perfect complement and provides the missing component in gaming accessories for feeling the game.

But how exactly can the Feelbelt be of potential benefit to gamers in practice? This is shown in the following on the basis of the different gaming genres.

The players of racing games, e.g. NFS Heat, love the sounds and atmosphere; whether it’s the high revving engine, the changing traction of wheels or “enemy contact”.

Every detail of these noises is perfectly felt on the player’s skin with the Feelbelt. Those who use the Feelbelt not only have more fun, but also a clear advantage in the game.

FPS games are very intense. Due to the limited field of vision of the first-person perspective, e.g. in Rainbow Six Siege, opponents are often not seen in time, so the player has to rely on his hearing. Since the Feelbelt converts all audible sounds into haptic feedback, players now feel the opponent! In addition, the entire atmosphere of shaking earth, muffled explosions and lashing shots hits the player’s body directly. This makes FPS games more more fun and realistic.

RTS games are often acoustically not as dramatic as FPS or racing games. Nonetheless, players are more aware of acoustic changes and thus experience action-packed battles firsthand, as for instance in StarCraft.

As mentioned at the beginning, there is an increasing amount of online gambling. The focus of online games is to compete virtually with other players. The goal in multiplayer online battle arena, e.g. in League of Legends, is to compete online with other players, whereby everyone wants to be the best in the statistics. In addition to numerous tournaments and competitions that take place every year, there is even professional e-sports, in which large prize money is awarded. The biggest advantage in the game is usually a faster reaction. Here, haptic feedback opens up an additional dimension – the feeling of sound – and ensures that the speed of reaction increases significantly. The Playstation paves this way via the controller. The feelbelt enables additional spatial perception, so that you can feel where your opponent is coming from.

From April 28th 2020 on you can gain your own experiences, because then the Feelbelt is finally available on Kickstarter! 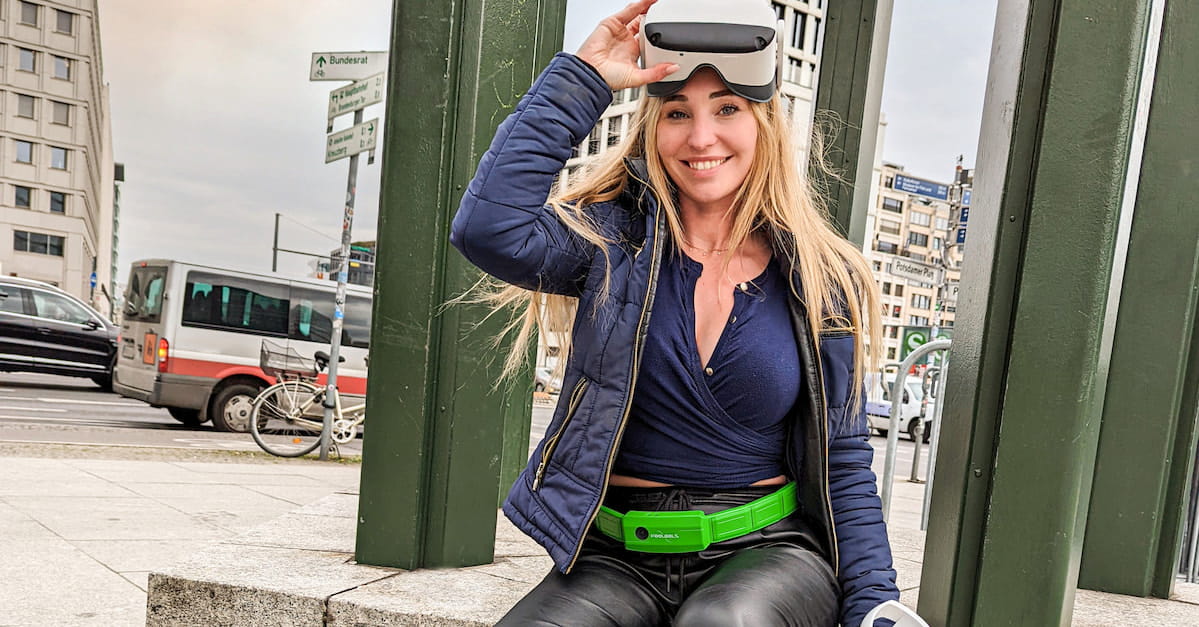